Truly BIG news coming out of Clarence, NY! The 21st Annual World Pumpkin Weigh-Off was up and running on Sunday October 2nd, 2016 and BigYellowBag had a couple of excellent ambassadors participating. Dave “Floyd” Snyder and his wife Diane, like the other contestants in the pumpkin weigh-off, had invested a ton of time and energy into growing the biggest pumpkins they could. Both daily care and ensuring that the pumpkins have enough nutrients to fuel MASSIVE growth are essential parts of the giant pumpkin grower’s secret recipe. Many contestants explain that they would tend to their pumpkins each and every day to clear out weeds, water, and monitor the soil conditions.

While Floyd and Diane did not win the contest, they still managed to grow some behemoths. Floyd’s weighed in at 1030 lbs. and Diane’s weighed in at a whopping 1036 lbs.! The Snyder’s had a secret weapon this year: BigYellowBag’s Black Garden Soil.

The Snyder’s pumpkins beside the BigYellowBag that they purchased in the spring to get the best soil they possibly could!

The early spring of 2016 was rather cold in Buffalo so Floyd and Diane, with their seeds already carefully selected, started their pumpkin seeds indoors. Many giant pumpkin growers agree that the earlier you can start your pumpkins, the better. Once the weather outside warmed up enough, Floyd and Diane made the call to their local BigYellowBag supplier, Lakeside Sod Supply Co. located in Clarence Centre, near Buffalo, NY. They selected a delivery date and the BigYellowBag was dropped in a convenient place for the Snyders to be able to spread the soil in their pumpkin patch.

Since the BigYellowBag could be sealed up, Floyd and Diane were able to work with the soil at their leisure. Whenever they had the time and the weather was cooperating, Floyd and Diane would build up the soil in their pumpkin patch and seal up the BigYellowBag once they were done. Keeping the soil contained and free from contaminants was crucial to the success of the Snyder’s pumpkins.

Another key to success that Floyd and Diane had by default once they purchased a BigYellowBag, was the perfect soil blend that is our Black Garden Soil. BigYellowBag has made its way into neighbourhoods all across North America, and our Black Garden Soil is held to precise standards to ensure that no matter where its from, our Black Garden Soil will grow things better. The soil provided TONS of nutrients to the Snyder’s pumpkins and also had an ideal texture that allowed the pumpkins’ roots to easily reach deep into the soil for moisture. BigYellowBag’s Black Garden Soil is calibrated so that it will have the right balance of moisture retention and drainage, providing ideal growing conditions not only for giant pumpkins, but for all types of plants. 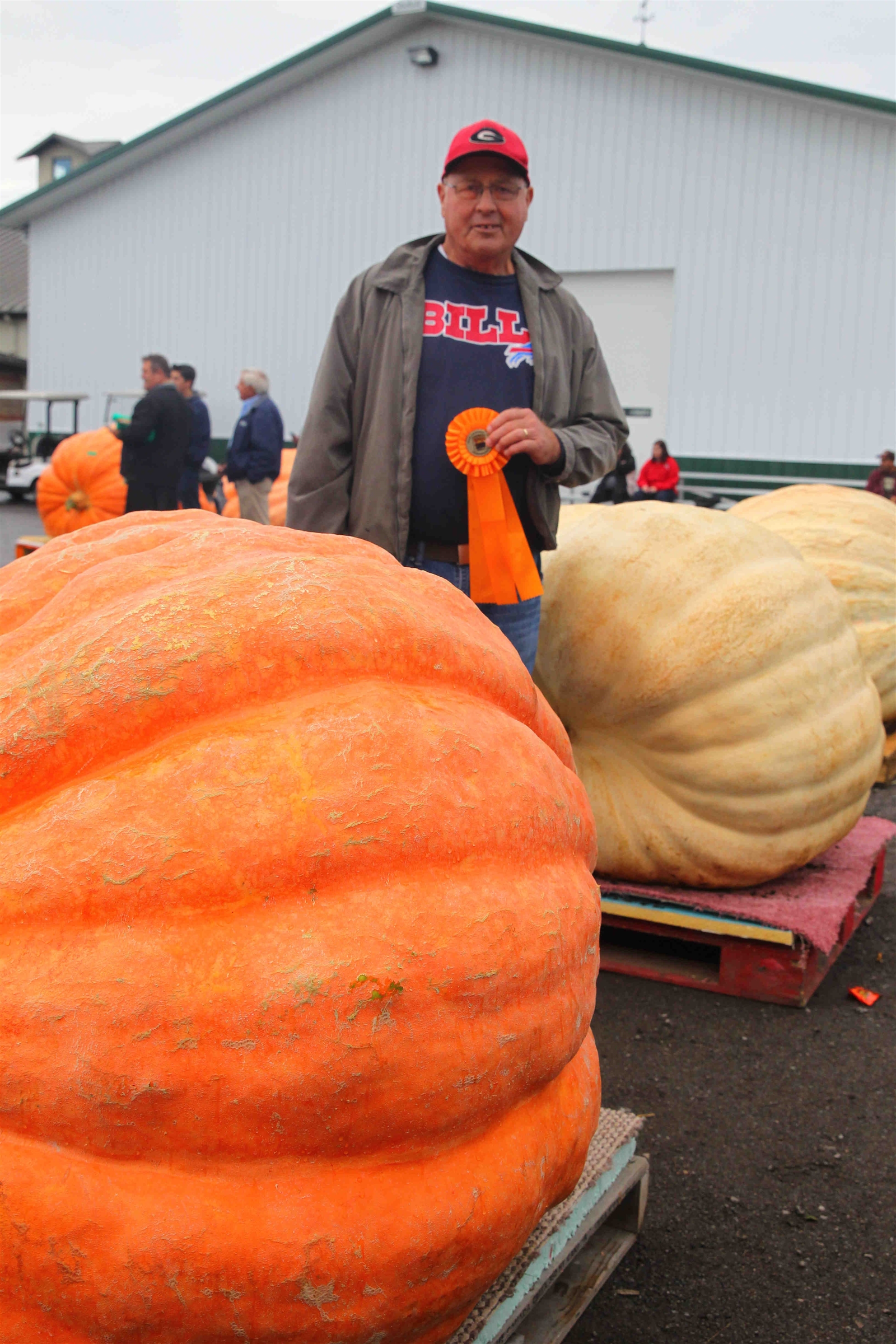 Floyd with his MASSIVE pumpkin. Way to go Floyd!

After participating in the World Pumpkin Weigh-Off, Diane’s pumpkin was sent on quite the adventure. The Bellagio hotel in Las Vegas, Nevada hosts a huge fall display, and they wanted a pumpkin… a GIANT pumpkin. It seemed only fitting that Diane’s BigYellowBag giant pumpkin would be displayed at a casino that is famous for its extravagance.

The Snyder’s got together and grew something truly incredible in their BigYellowBag. Not only was it a prize winner in Clarence, but to be on display in a world renowned casino is truly an amazing feat. Sincere congratulations are in order to the Snyder’s on behalf of all of us here at BigYellowBag. 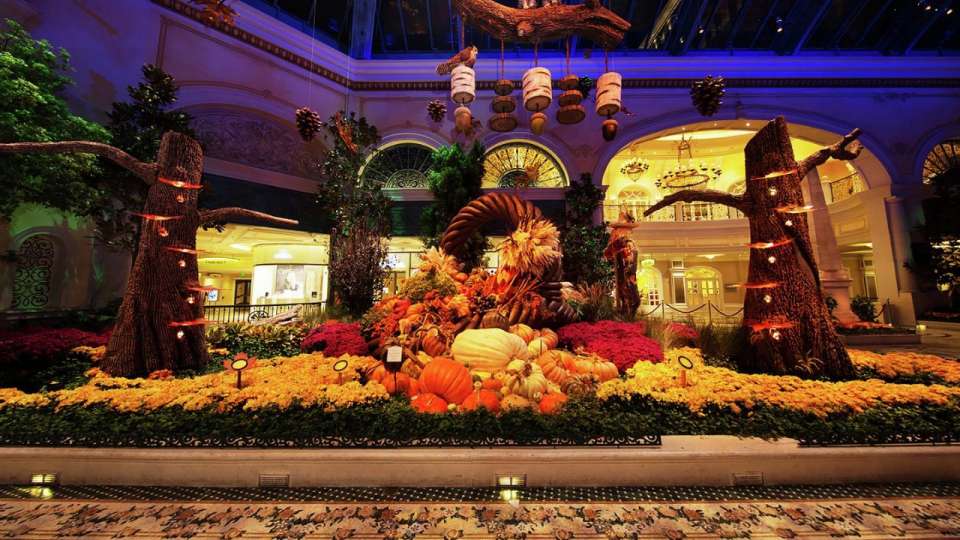 One part of The Bellagio’s Fall Display. Just like the Snyder’s pumpkins, the display is HUGE.

With all the simple ways to order a BigYellowBag, giant-pumpkin-growing Black Garden Soil is only a phone call or a few clicks away. The Snyder’s grew something incredible with their BigYellowBag… what will you grow with yours?