One of the best ways to respond to a cold, blustery day is enjoying a hot cup of soup. While soup from a can will do the trick in a pinch, we recommend that at least once, you try not only making it from scratch, but growing the essentials yourself.

With only two vegetables in the recipe, potato leek soup is a good option for your first attempt.

When it comes to potatoes, remember that the eyes have it. Or rather, they have to have eyes – at least two per seed spud. Plant them eyes up, about a foot apart in a four-inch deep trench. Potatoes can be planted early; basically, as soon as the last spring frost is over. 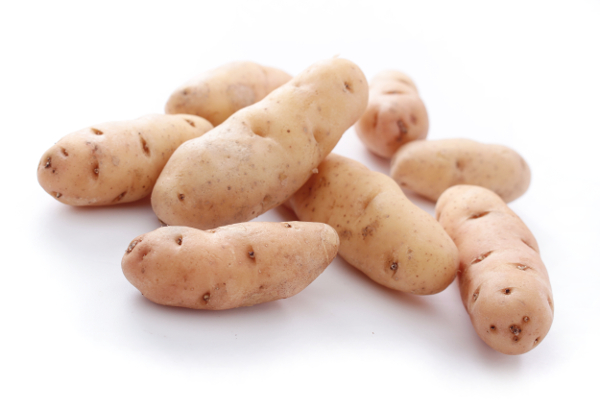 Make sure you water them well, and keep them buried under loose soil. You’ll have to do this regularly. It prevents them from getting sunburnt (baked potatoes are only good on the table, not in the garden). They can be harvested after about ten weeks, but once the vines die, you need to harvest all of your potatoes. Brush off any excess dirt and store them in a cool, dry place. Don’t wash your potatoes until just before you use them, though, as it shortens their storage life.

Leeks are members of the onion family, and are closely related to garlic, shallots and chives, but don’t let that put you off if you’re not a fan of strong flavours. Leeks have a more mellow, mild taste.

They should be planted in a shallow trench, about four to five inches deep, and about six inches apart. Cover them with a light amount of soil. Similar to potatoes, you’ll have to keep covering the leeks’ stems with soil to keep them from getting light. 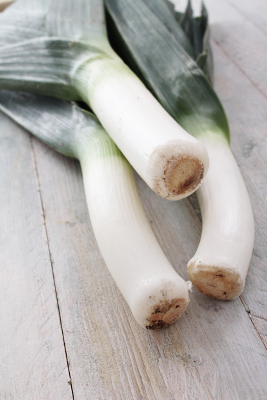 For both, we recommend using BigYellowBag Black Garden Soil. The light and fluffy properties of the soil make it a fantastic growing medium. BigYellowBag Black Garden Soil is made up of a mix of black loam, peat loam, compost and manure. Loam is a soil type comprised of sand, silt and clay in the right ratios so that there is a perfect balance of drainage and moisture retention to ensure you will have success growing potatoes and leeks in your garden. The soil is also packed with essential nutrients and organic matter to give your plants the ‘food’ they need to grow healthy and strong.

You can start harvesting your leeks when they’re about the size of a pencil. They have to be harvested before they flower. Be sure you wash your leeks carefully and thoroughly before you use them. Between buried and layered, they have a tendency to have dirt in all of their cracks and crevices.

Now, for the best part; the recipe!

Salt and pepper to taste

4 cups of potatoes, peeled and diced

Put a large pot over medium heat. Melt the butter and cook the leeks with the salt and pepper until they’re tender, about 15 minutes. Stir in the broth and cornstarch. Add the potatoes and bring to a boil. Pour in the cream and reduce the heat to a simmer for at least 30 minutes, until the potatoes are tender. Season with salt and pepper.

Top it off with any or all of these garnishes: cooked and crumbled bacon, grated cheese, fresh chives and sour cream. Bonus points if you’re wearing fuzzy slippers or a cozy sweater while you sip your soup.